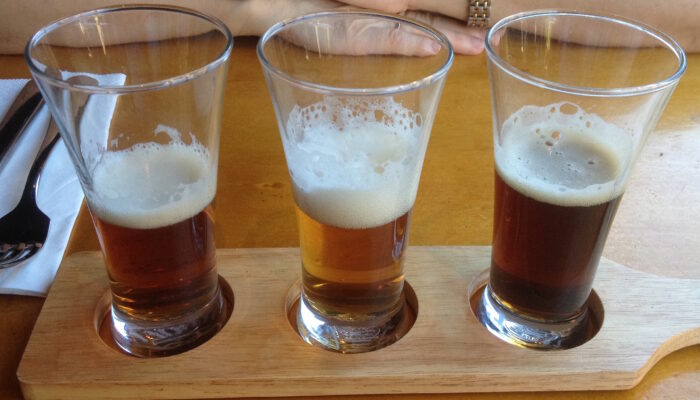 Over the centuries athletes have used a variety of different substances to try to gain a competitive edge, from classical wrestlers who saw the benefits of a ‘high protein’ diet of lamb, to the Nordic ‘berserkers’ who consumed a psychoactive mushroom thought to increase their fighting strength.[1] It was perhaps inevitable, therefore, that the proliferation and development of sporting and recreational activities in the Victorian period was accompanied by a lot of experimentation when it came to preparing for contests. Not only did a new athletic ethos begin to emerge in the mid-nineteenth century, but the ‘term “scientific training” appeared with increasing frequency from 1870 onwards’, even though most forms of preparation ‘continued to rely heavily upon the accumulated experience of successful athletes and trainers’.[2]

Rowing was a burgeoning sport in the nineteenth century that tested not only the physical fitness, strength and stroke of competitors, but also the speed of the boats that they used. The activity developed rapidly between c.1830 and 1880, as a ‘new breed’ professional oarsmen emerged, who benefitted from ‘good training waters, expert coaching and excellent equipment’, before they began to be marginalised from the sport towards the end of the century by prohibitive legislation.[3] Performances were enhanced by both an ‘arms race’ between prominent boatbuilders that led to key design innovations being introduced to the vessels, such as outriggers and sliding seats,[4] and a refinement of training techniques, as competitors and coaches experimented with different styles of rowing stroke and methods for strengthening the body.[5]

Given the sport’s close association with drinking establishments,[6] it is perhaps unsurprising that alcohol was often recommended for those preparing for a contest. Indeed, in the mid-Victorian period the water was not always safe to drink, in an era punctuated by numerous cholera outbreaks. One notable dissenter who argued against the benefits of alcohol, however, was Josias Nottidge, one of the founders of London Rowing Club. He recorded a striking difference in his fortunes after he decided in 1857 to replace beer in his training regime with milk. Prior to the change, his early career (between 1850 and 1857) had consisted of twenty-five races of which he had won fifteen and lost ten, i.e. he was successful in 60% of his contests. After changing to milk, however, he achieved a record of twenty-two victories to only four losses (an 85% win-rate). Indeed, he even claimed that it had had such an effect on him that it allowed him to row stroke in a pair with the champion oarsman A. A. Casamajor, when previously it had been the other way around.[7] Although it is impossible to account for all of the variables, such as him gaining strength and experience with age, he maintained that the dietary switch had been the key change.

This may be only one example, but there were others in the field who were at least recommending a reduction in alcohol, at a time when professional watermen had a reputation for overindulgence.[8] The Rowing Almanack and Oarsman’s Companion of 1862 reproduced the training regime of the famed coach Harry Salter. Based at ‘The Feathers’ in Wandsworth, where a number of early rowing clubs were based, he trained a string of competitions for the professional championship of the Thames, including Robert Coombes, Tom Cole and Robert Chambers. Although he advocated a varied training regime, he noted that he no longer favoured the ‘old system’, which involved a glass of red with an egg beaten into it for breakfast, because it tended to ‘heat the system’. Instead, if a stimulant was needed, he recommended a cup of tea with a newly laid egg beaten into it. He did not advocate total abstinence during training though, as he suggested that oarsmen consume a glass of stout or ale mixed with a crust at 11 o’clock and ½ to 2/3 of a pint over dinner. Nevertheless, he stressed that the daily allowance of beer should rarely exceed two pints.[9]

Salter, like some others at the time, recommended a bespoke training regime that took into account not only the supposed differences between gentlemen and professionals – reflecting wider societal views about distinctions between the physical and ‘moral’ state of the classes – but also the would-be competitor’s physical state. Similarly, sports writer John Henry Walsh, for example, recommended that when it came to pedestrian training, the indolent, but active ‘free livers’ had to be weaned off alcohol with ammonia mixtures. This purging had to be done carefully with a half-ounce of sweet essence of senna and salts or rhubarb pills. He ‘recommended natural as well as artificial sweating along the lines of the plan of the Silesian hydropath Vincent Priessnitz’, although he rejected the use of sweating liquors. He claimed that alcohol in general produced a great thirst because it ‘stimulated kidneys and skin to secrete a greater quantity than was natural’ and therefore ‘porter or bitter beer mixed with soda-water’ – or else claret and soda-water – was a suitable remedy to slake someone’s thirst. Nevertheless, he still included other alcoholic beverages in his regime, including table beer with breakfast, beer, sherry or claret for lunch and sherry at supper.[10]

Writing a few years later, gymnast and educator Archibald McLaren recommended a more nuanced approach. He believed that ‘continental wines’ were good stimulants and that although beer was a ‘wholesome beverage’ that could quench thirst, it could also produce fat, if drunk in too large quantities. He also argued that drinks with a higher alcoholic content, like port or sherry, should be used sparingly. Whereas wine could be beneficial for helping athletes sleep, he dismissed the ‘fanciful’ notion that specific tipples were appropriate for certain sports, such as sherry being good for boxers. [11]

Many different approaches to physical training continued to be recommended, as sport science developed further in the twentieth century. Even by the 1920s there were still voices extolling the benefits of alcohol for competitive rowers. At a time when the renowned ‘Guinness is Good for You’ campaign was underway, the Henley brewer Brakspear claimed:

It is undoubtedly a fact that Beers brewed from the finest, purest and best materials such as those of W. H. Brakspear & Sons Limited (Founded 1779) are a great help to Crews in training. Furthermore, ‘very many Winning crews have been supplied with their Beers’.[12]

[6] Many clubs were based in waterside taverns (and some were named after them) and many contests were brokered within them. 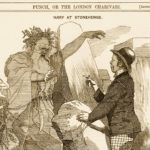 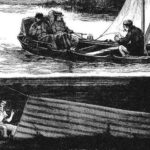 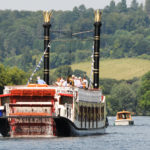 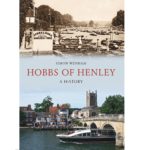