If you are wanting to study the (recent) history of Oxford, here is a list/bibliography of helpful resources:

One of the best places to start any historical study of Oxford is the Oxfordshire History Centre, which has a huge range of local resources, as well as knowledgeable staff to assist researchers. The Oxford Central Library has some resources (including newspapers), but not as many. The Victoria County History is the best overall summary of Oxford’s history and it can be read online for free. Whiting’s book on Oxford covers a range of topics relating to the city’s recent history, whilst the Bodleian Library is a copyright library that contains a vast number of sources.

One of the most prestigious archaeological, architectural and local history journals is Oxoniensia produced by the Oxfordshire Architectural and History Society, whilst the Oxford Local History Association also has its own journal, which has covered many topics relating to the local area.

If you are wanting to study the development of Oxford (or the surrounding area), the University’s Continuing Education Department offers a wide range of academic courses in local history, from a diploma level up to postgraduate degrees.

There are a vast number of personal records (including diaries and autobiographies) relating to people who have lived in Oxford (especially those who have studied in the city), as well as biographies about many prominent figures.

There are many compilations of Victorian and Edwardian photographs by Malcolm Graham, including the use of some of those produced by Henry Taunt in the Victorian period. The ‘Picture Oxon‘ service of Oxfordshire County Council also has a large collection of online resources. 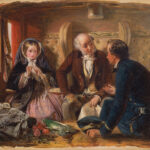 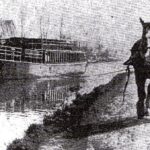 Where was the ford of Oxford? 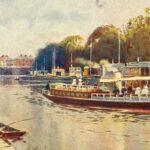 Recommended resources on the history of the river Thames