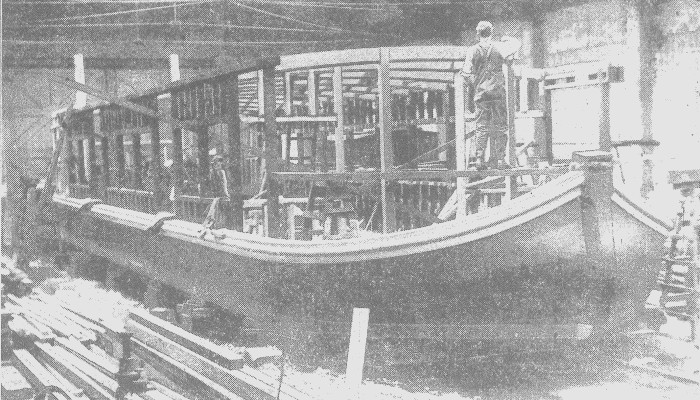 In this interview, which is posted in its original audio format, Kenneth Strange describes his experience as a boat-builder at the firm from the late 1940s. He talks about his apprenticeship and how he started making flag poles and broom handles, before spending some time on the steamers. He also describes some of the other employees at the firm, including some who built the last college barge, as well as his frustrations at the low pay that ultimately led him to leave the business.